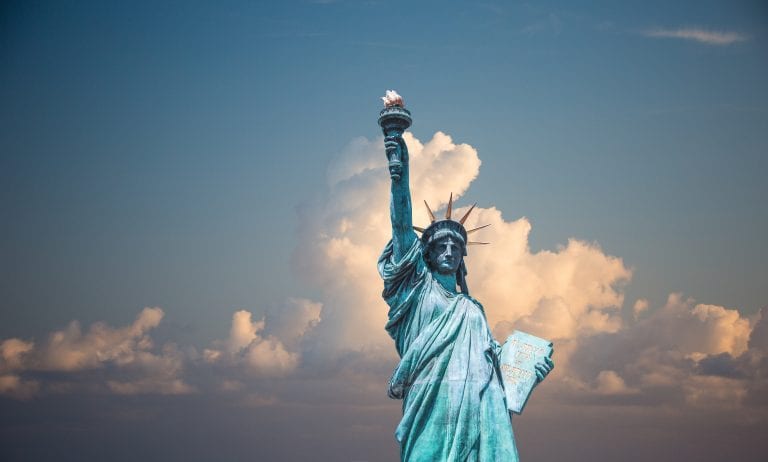 2020 is the year that most people want to be over. The presidential election exhausts them, and then there’s the pandemic, Black Lives Matter protests, California and Oregon wildfires, and millions of lost jobs. It’s the rare person that can stay cheerful with all this going on.

If you live in New York City, you might feel pain from all this more than most. After all, New York is where some of the most violent police-and-protestor clashes occur and the site of thousands of Covid-19 deaths.

It’s tough right now, but it’s also the ideal time to reflect on what being a New Yorker means. Here are a few reasons NYC residents can get through this crisis and come out stronger than ever.

Some people focus on the negative when they see New York. They see car accidents in New York City, high rents, and unfair police tactics.

It’s true that New Yorkers must deal with all of that. However, one thing that’s so wonderful about the city is that it’s the American dream’s epitome. This is a city where:

Here, the construction worker rubs shoulders with the drag queen. You can see Hasidic Jews and Muslims pass each other in the street, smile, and wave.

All religions, races, creeds, and sexualities enjoy Central Park in the fall. They take advantage of the vibrant street life, the restaurants, the museums, the sports, the shopping. In this way, it’s a city that already espouses the American ideal.

It’s also true that New Yorkers have been through just about everything in the past, and the city still stands. Think about:

As one of America’s oldest cities, New York still stands after all kinds of chaos and bedlam. Covid-19 is one of the most formidable challenges imaginable, but it’s not going to beat the residents that are still there, and, in some cases, are third, fourth, and fifth generation.

These people don’t run from a challenge. They welcome it instead. They’ll follow medical advice, find ways to pay their bills, and they’ll be there when we close out 2020.

Many cities have extraordinary museums, restaurants, and night life, but not like New York. Think about iconic venues like The Four Seasons, MOMA, and the Empire State Building.

Think about the New York movies where the city itself is a character. There’s “Taxi Driver,” “King Kong,” “Do the Right Thing,” and “Dog Day Afternoon.” These films wouldn’t be the same if they took place anywhere else.

To walk up Fifth Avenue, see the sights, smell the smells, and hear the noises is an intoxication like no other. You can feel it whether you’re an Iowa tourist or you’ve lived there your whole life. It never gets old, and it replenishes you when you’re weary and disillusioned.

The pandemic has closed Broadway, and the marquees are dark. However, once there is a vaccine, those lights will shine again.

New York is where productions like Hamilton, The Phantom of the Opera, The Book of Mormon, and Les Misérables started, and then the rest of the country experienced their magic. It’s where Andrew Lloyd Weber and Steven Sondheim became household names.

It’s the place where writers like Colson Whitehead and James Baldwin got their inspiration. It’s where the Talking Heads, Blondie, The New York Dolls, and the Beastie Boys first took to the stage.

It’s where artists can reinvent themselves, and they always get honest feedback, because New Yorkers don’t hold back when they either love something or loathe it.

It Boasts Better Food than Anywhere Else in the World

It’s probably not hyperbolic to say that New York also serves up the world’s best food. That’s because you can find virtually any cuisine there.

If you want Ethiopian, Thai, Italian, Chinese, Japanese, or Hungarian, you’ll find it. If you crave Russian, Ukrainian, Vietnamese, or German, it’s there. There are iconic delis, hole-in-the-wall dumpling places, or the fanciest steakhouses imaginable.

When you sit down in the most iconic restaurants, like Katz’s Delicatessen or Keen’s Steakhouse, you never know if you’re sitting where a celebrity did years before. You can look at the signed pictures on the walls and realize that you’re sharing the same space as Frank Sinatra or Babe Ruth.

The best chefs come there to establish themselves, and you can’t find a better pizza slice anywhere on the planet.

It Has the Most Iconic Sports Teams

Then there are the sports teams. If you love baseball, football, soccer, basketball, or hockey, there’s a team for you to follow. The Jets, Giants, Yankees, and Mets all battle for attention. Basketball fans must choose between the Knicks and Nets, while hockey buffs can root for the Rangers or Islanders.

The greatest teams of all time have played there, from the Superbowl III-winning Jets and Joe Namath to the 1929 Murder’s Row Yankees. There were the 1969 Miracle Mets and the 1970 Willis Reed-led Knicks.

It’s easy to think about how expensive New York is, or how slow the subways are at night. You can focus on income disparity and police injustice. No city is perfect, but if you live in New York, you know that it’s a privilege, and you’re willing to fight to stay there.

But it’s futile to speak ill of a city that is American down to its bones. The people there are proud to call themselves New Yorkers, and even 2020 has no chance of bringing the Big Apple to its knees.