Home Blog The Back Road: The monster, buried terror and invisible wounds 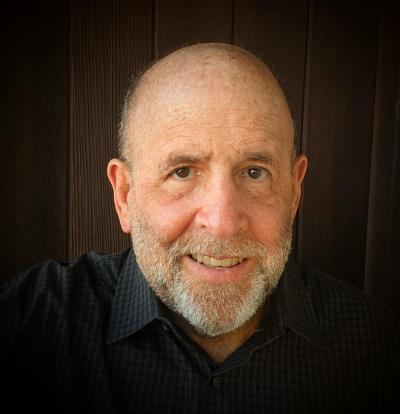 In the decades following the Sep. 11, 2001, terrorist attack against America, nearly three million service members were deployed to Afghanistan and Iraq. Analysis by the Rand Corporation found that “the psychological toll of these deployments may be disproportionately high compared with the physical injuries of combat.”

For many service members, the nonpartisan research organization explained, “unlike the physical wounds of war, these conditions are often invisible to the eye.”

In his 2022 memoir “Invisible Storm,” former Missouri Secretary of State Jason Kander recalled his deployment to Afghanistan and the return home. After 9/11 he was inspired to follow in the footsteps of the elders in his family who served in the armed forces.

Jason earned a law degree from Georgetown University Law Center in 2005 and joined the University’s ROTC battalion. Upon graduation he volunteered for a tour in Afghanistan with the Army National Guard where he earned the rank of captain. His four-month deployment involved gathering intelligence, often placing him on high alert in life-threatening situations.

When he returned home, Jason’s mental health began to deteriorate. However, he thought that he did not deserve help, given the nature of his assignment and brief deployment. He held on to the belief that he hadn’t sacrificed enough to “earn” a diagnosis of PTSD (post traumatic stress disorder) or depression and that seeking help would amount to “stealing valor.”

At the time, Jason was deeply involved in a race to become Mayor of Kansas City. He made a public announcement that he was leaving the mayoral race and the reason why.

Jason is a well-known public figure. He was elected to office in Missouri and is a nationally known voting rights activist who founded Let America Vote, a political action committee that aims to put an end to voter suppression and gerrymandering. As for his public disclosure, Jason was widely embraced for coming out about his need for mental health care to address PTSD – THE MONSTER, as his therapist, a Vietnam veteran, referred to it.

Jason leaves ample space in his memoir for his wife Diana to share how his return home affected her. “There was nothing to help a reservist’s spouse to deal with deployment,” Diana recalled, “Nothing to tell me what it might feel like, how to become emotionally prepared for it, or what I would even have to deal with upon Jason’s return.”

At home, Jason continued to be hypervigilant, on high alert against threats, real or imagined. “In moments of stillness,” he recalled, “when I was alone with my thoughts, or as night fell hings had started to get dark.” At bedtime he was overwhelmed by nightmares that unleashed his buried terror.

He just couldn’t turn it off. Neither could Diana.

“When you live with someone who constantly tells you how dangerous the world is, how vulnerable you and your family are,” Diana recalled, “someone who wakes you up to recount violent night terrors, you absorb that trauma and make it your own.”

What Diana is describing is “vicarious trauma,” a condition that can be a consequence of empathetic engagement with trauma survivors and not only war veterans. When she realized that she was absorbing Jason’s PTSD, she also sought mental health care.

“If you want people to understand war, you don’t just tell them about the biggest events or the scariest moments,” Jason came to realize. “Because war is not only smoke and fire, it’s the voltage of danger that seems to hum just under the surface of the whole terrain like the sound of a fridge at night,” he added.

“I was certain danger was all around me,” Jason remembered, “and I had to be constantly preventing, thwarting, and controlling it.” In other words, beyond the physical wounds of war, everything is a threat; you believe you are about to be killed violently and must be prepared to violently kill another human being.

Retired U.S. Marine Corps four-star general James Mattis, in his 2019 memoir “Call Sign Chaos: Learning to Lead,” dispels the view that Jason had held, that for him to seek mental health care could be construed as stealing valor. “Frontline service in the military brings with it the dignity of danger,” Mattis asserted, “and recognizing valor is critical.”

One has to wonder if the danger that Jason (and others) faced with dignity and the valor he consistently demonstrated was appropriately acknowledged upon his discharge. And whether properly recognizing his service and sacrifice might have made a difference in allaying the idea that he was unworthy of receiving mental health care.

Jason brought the war back home with him, along with his buried terror and invisible wounds. In time he took a bold step to bypass stigma, embrace mental health care and find his way through to posttraumatic growth.