The Nicholas Center in Port Washington, and more recently Westchester, has supported adults diagnosed with autism spectrum disorder through their post-graduate endeavors with a variety of specialized programs since 2011.

Stella Spanakos, one of the center’s three co-founders, was displeased with the opportunities available to her son with ASD, Nicholas, who struggled with verbal communication.

She would go on to collaborate with her friend and colleague Nicole Sugrue, whose son is also diagnosed with ASD, along with Patrick Bardsley, who continue to act as fellow co-founders.

“Never underestimate the power of moms on a mission,” said Vetrone.

The three would go on to form a social service agency, The Nicholas Center, named after Stella’s son, along with a social enterprise business that would offer on-sight training, and possible employment, which would lead to the creation of Spectrum Designs.

“We gauge support needs, age, interests, and opportunities… Since we have a long waiting list, we have to carefully manage staff, space and other considerations, all while making sure the program remains true,” said Vetrone.

According to a study conducted by the AJ Drexel Autism Institute in 2015, those with ASD in their early 20s had a 58 percent rate of employment. This is much lower compared to those with learning disabilities, speech and language impairments, intellectual disabilities and more.

While the idea of inclusivity and acceptance in the workforce is more mainstream than ever, the road after high school is especially difficult to navigate for those with special needs. Young adults with ASD statistically have a harder time finding work compared to their peers, even amongst those with other disabilities.

Spectrum Designs, along with other branches, are where the individuals put into practice the skills they’ve honed at the Nicholas Center. From there, the hope is that they’ll be ready to join the workforce as paid employees.

“Some folks are out in the world working where we’re continuing to support them, and others find jobs at Spectrum Designs, Spectrum Suds or Spectrum Bakes,” said Vetrone.

For more information about the Nicholas Project, go to https://tncnewyork.org. 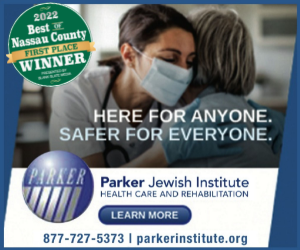