Home Opinions On the Right: Giuliani’s rise, decline and fall from grace 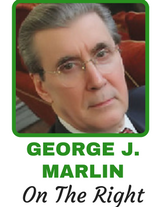 Back in 1993, when I was the Conservative Party candidate for mayor of New York City running against Democrat David Dinkins and Republican- Liberal Rudy Giuliani, a young journalist, Andrew Kirtzman, covered the campaign for the fledging cable news station, NY1.

Since that time, Kirtzman has hosted Emmy award-winning political talk shows and has been the chronicler of the man he reported on for eight years, Mayor Rudy Giuliani.

Kirtzman’s first Giuliani book, “Emperor of the City” (2000), is a fine description of the pre-9/11 mayoral years.

His new work, “Giuliani: The Rise and Tragic Fall of America’s Mayor,” is a perceptive and balanced biography that focuses on Rudy’s life after his departure from City Hall.

Born in Brooklyn in 1944, the young Giuliani was an outspoken liberal. He attacked Senator Barry Goldwater, the 1964 GOP presidential nominee, as an “incompetent, confused, and sometimes idiotic man.”

Politically ambitious, Giuliani boasted in college and law school that he would be the first Italian president of the United States.

In his march to achieve that end, Giuliani first switched from Democrat to Independent and then to Republican, not because he embraced the tenets of conservatism, but in order to advance his career in the U.S. Department of Justice.

It was as U.S. attorney for New York’s Southern District (1983-1989) that Rudy impressed the public and made front-page headlines.

Kirtzman describes how Giuliani’s successes, often achieved by ruthless means, “cemented his image as a fearless crusader against the corruption and entitlement of New York’s political, financial and social elites.”

During that period, Rudy exhibited what became lifelong traits, “a kind of overkill, a kind of overzealousness” and an “addiction to media coverage.”

Giuliani’s next step was a mayoral run in 1989. An awful candidate with little public policy knowledge, he lost by 47,000 votes to David Dinkins.

Dinkins was a hapless chief executive. By 1993, Kirtzman writes, “the city seemed rudderless in the face of ballooning crime and a deterioration of public order.”

A new and improved Rudy, who spent four years studying the issues with various experts, went on to beat Dinkins in the rematch by 55,000 votes. (I came in third place.)

In his second term, however, Giuliani’s arrogance, indifference to the concerns of minority communities, and his soap opera personal life began to wear on the voters. His approval ratings plunged over 30 points and his hopes to run against Hillary Clinton for U.S. senator in 2000 evaporated.

What saved Giuliani’s cratering career was his leadership on 9/11.

Kirtzman, who accompanied the mayor that day, concluded Giuliani’s “courage in the face of near death, his absence of fear when all was falling apart and his candor with the public was a study in leadership.”

The man who had led something of an ascetic life suddenly became consumed with money and material things. Kirtzman reports Giuliani and his third wife were spending over $250,000 a month to support six homes and 11 country club memberships.

Giuliani’s 2008 campaign for president was a disaster. Celebrity status did not guarantee victory. Traveling with the candidate, the Wall Street Journal’s Dan Henninger, concluded “Giuliani didn’t have supporters, he had fans.”

Giuliani went down because Republicans soured on him after they learned about his very liberal positions on social issues, his messy personal life and his questionable business associates and clients.

Over time, he lost his client base and resorted to appearing on late-night infomercials.

Giuliani got a new lease on life when his friend, President Donald Trump, hired him to serve as his personal attorney.

It was a terrible choice. Giuliani was, Kirtzman notes, “unconstrained by the mannered conventions that presidential lawyers were expected to practice. He was a gleefully ferocious attack machine perpetually set to kill. He would say anything, do anything to win. He was, in short, just like Trump.”

In his far-fetched attempt to overturn the election, Giuliani proved to be unprepared, disorganized and ignorant of election law.

And while on national television presenting “strained legal arguments without merit and speculative accusations … unsupported by evidence,” Giuliani looked the fool when “[r]ivulets of liquefied hair dye began streaming down his sideburns.”

The additional price Rudy paid for his public antics: His license to practice law was suspended.

Kirtzman’s insightful biography ends on a sad note concerning Rudy’s last foray in the political arena: “Giuliani’s role was to enable the president, feed him lies, encourage his worst impulses, and lead his most malevolent battles. He did so enthusiastically because Trump had made him relevant again, years after he foolishly squandered the love and respect of millions.”