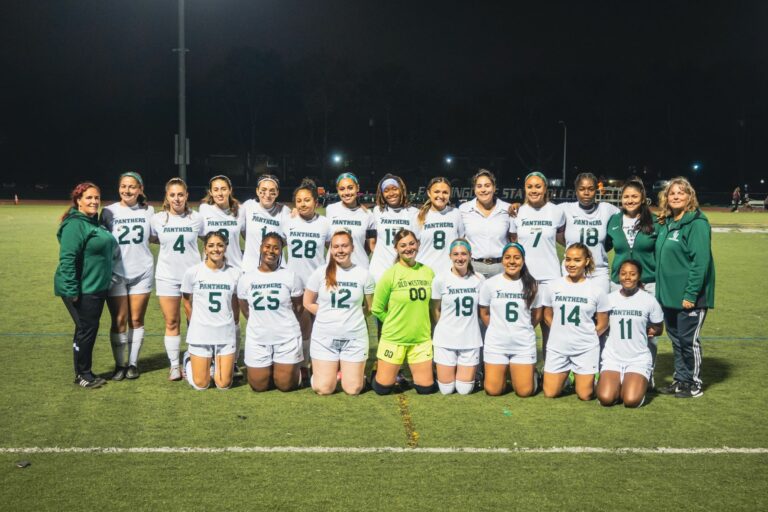 Of the more than 2,600 teams playing men’s and women’s soccer across the five levels of collegiate competition in the sport nationwide, only 117 men’s and women’s teams received either the Platinum, Gold, Silver or Bronze version of the College Team Ethics and Sportsmanship Award.

“This is a wonderful team award,” said head coach Betty Bohringer. “To be recognized is really impressive and is a fantastic testament to the quality of the skills and competitive discipline of our players, the culture of our program and the high character our students display.”

“High standards, disciplined play, and remarkable comradery are hallmarks of our teams,” said Lenore Walsh, athletic director. “This national recognition highlights the commitment to competitiveness and sportsmanship we expect our Panther student-athletes to exhibit every day.”

The United Soccer Coaches is an organization of American soccer coaches founded in 1941. It is the largest soccer coaches’ organization in the world, with more than 30,000 members. It offers training courses for both beginning and experienced coaches and a wide range of award programs. Rare among sports organizations, it serves its sport for both men/boys and women/girls.