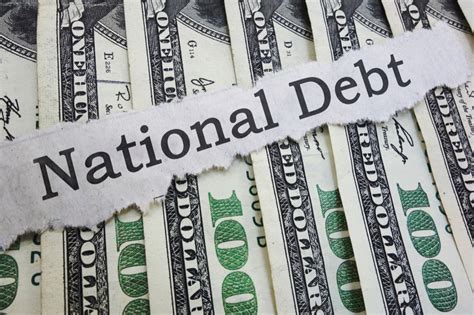 Unfortunately, we are again approaching our debt limit. Since 1960, Congress has acted 78 times to consider either temporarily extending or permanently increasing the debt limit or revising the meaning of the debt limit; 49 times under Republican presidents and 29 under Democratic presidents.

I have read recently that increasing the money supply doesn’t cause inflation. Inflation results when spending grows faster than the real rate of growth of population and production exported including services. The money supply doesn’t cause it, but it is the effect of it, so the Fed has to tweak in both directions to try to keep inflation steady and balanced. It sounds logical as production slowed to an almost standstill during the pandemic.

I have read differing opinions and facts about what causes inflation and this was a different perspective and explanation. If you are an economist, financial whiz, or study the economy what are your opinions and thoughts on this explanation? Here is another analysis put out by the Whitehouse in 2022 that provides additional future projections of our economy, debt, and deficits: https://www.whitehouse.gov/wp-content/uploads/2022/04/ap_3_long_term_fy2023.pdf

There is an overabundant amount of misinformation, fake news, and just plain lack of knowledge out there from the mainstream media by those individuals who write but don’t know how to do the research to gain the most accurate and detailed data and facts. FYI, only $200 billion was actually printed in 2019 and 2020, and approximately $600 billion physical dollars were printed in 2021 and 2022 from orders provided by the Federal Reserve to the Bureau of Printing and Engraving). See article link: https://www.usatoday.com/story/news/factcheck/2022/04/14/fact-check-federal-reserve-has-balance-sheet-9-trillion/7198368001/.

A total of $8 trillion virtual dollars was created (confused with physical printing) via Treasury bonds as IOUs issued by the government to the banks in exchange for the loans. This injected liquidity into our financial system during the pandemic, along with printing assisting in easing the concerns of corporate America, our economy, and its citizens. Bonds were purchased with cash by the banks (savings and checking accounts) and the government promised to pay back with interest at a future date.

However, overall in my professional opinion, I believe too much was created and given out, especially to those who received more than they earned weekly as well as those with substantial liquidity, who surely didn’t need the stimulus money. However, not having prior experience in dealing with the economic impact and consequences of a pandemic, our government did what it thought best to assist the greatest number of people and businesses. Speed in executing their plan was the necessary evil even with all the mistakes made as well as those unscrupulous entities that took advantage of our dire situation.

I am sure if and when there is a next time, and hoping there isn’t, that there will be a more thought-out plan, with checks and balances and a decisive course of action to deliver assistance. When future inflation does occur, we’ll be in a better position to predict and control it, so it will be less detrimental to our citizens and economy.

According to the U.S. Department of the Treasury, unless they pass a temporary increase to the debt limit to refinance and pay current U.S. government obligations up to June (not authorizing new spending). a default situation would occur, affecting paying beneficiaries of Social security, government pensions, Medicare benefits, military salaries, interest on the national debt, tax refunds and other debts. This would cause an economic catastrophe and irreparable harm to the U.S. economy and a negative impact on world economies.

This would have a major and monumental and mind-blowing tsunami impact affecting American jobs and savings, interest rates, and our overall economy as well as having a massive and immensely negative effect on housing for many years. Moreover, the ripple effect on global economies due to this historic event would also be a loss in the full faith and credit of the U.S. government, and the U.S. dollar, the world’s reserve currency. This would certainly be a tragic and damaging event potentially creating a global depression not seen since the crash of 1929.

Philip A. Raices is the owner/Broker of Turn Key Real Estate at 3 Grace Ave Suite 180 in Great Neck. He has 40 years of experience in the Real Estate industry and has earned designations as a Graduate of the Realtor Institute (G.R.I.) and also as a Certified International Property Specialist (C.I.P.S) as well as the new “Green Industry” Certification for eco-friendly construction and upgrades. For a “FREE” 15-minute consultation, value analysis of your home, or to answer any of your questions or concerns he can be reached by cell: (516) 647-4289 or by email: [email protected] or via https://WWW.Li-RealEstate.Com Just email or snail mail (regular mail) him with your ideas or suggestions on future columns with your name, email and cell number and he will call or email you back.